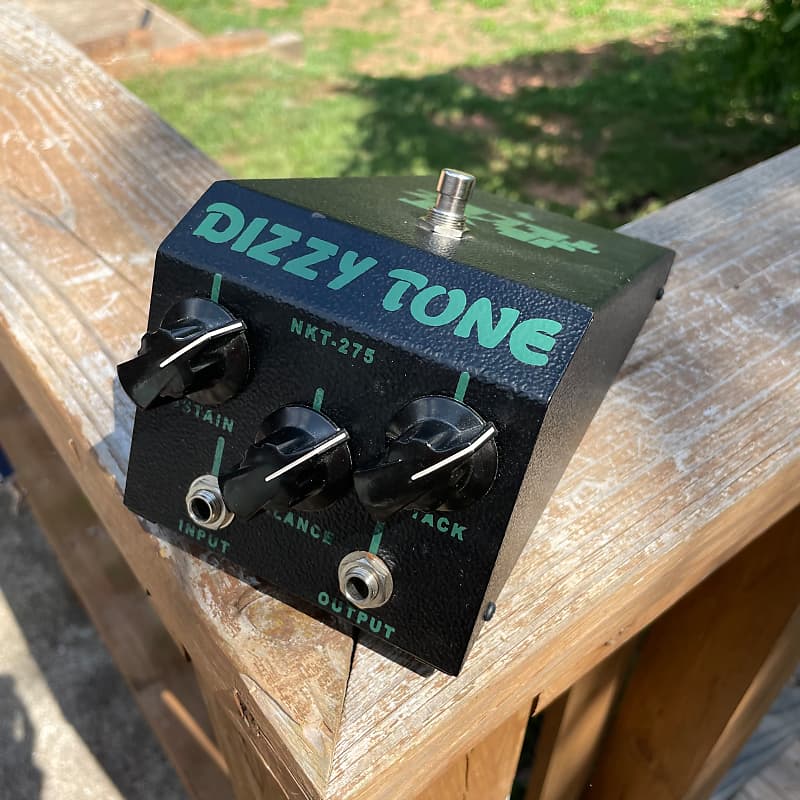 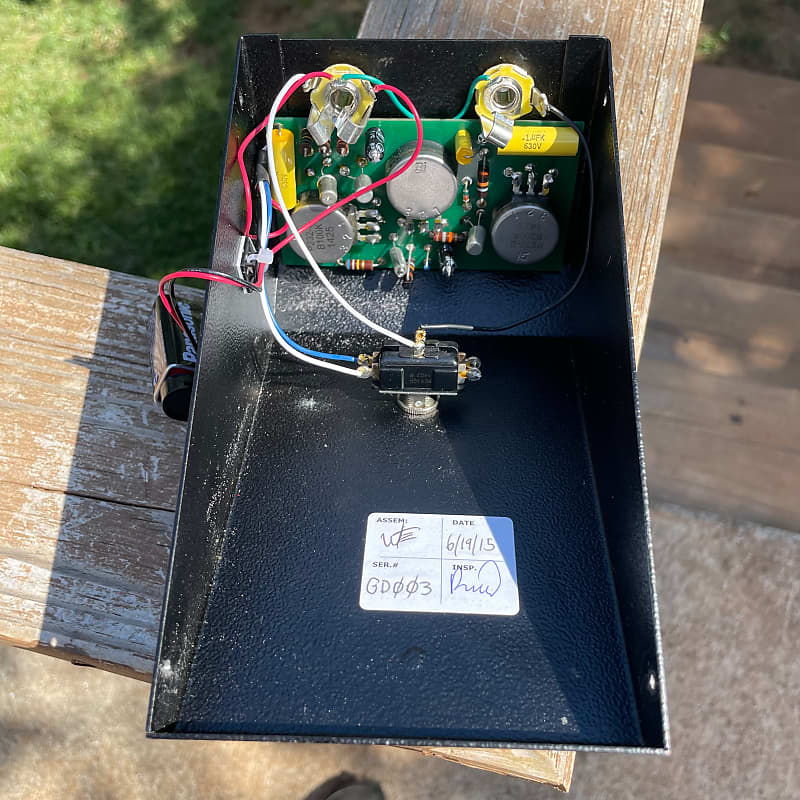 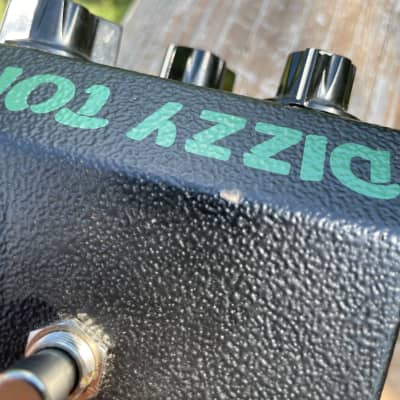 Hate to sell a Dizzy, but mistakes were made lol... The Version 6 with NKT-275 in Q3 is, for lack of a better adjective, a more "conservative" transistor set when compared to the much higher gained offerings from Jext Telez and elsewhere. That isn't to say it's not high gain, it's still definitely a Dizzy Tone. But there's a bit of a bandpass rolling off the highest and lowest extremes of the frequency response in a way that really sells the 70's LP-into-a-Marshall rock and roll jean jacket long hair hesher vibes. The character is a bit smoother to me more like a true mkIII-IV tonebender than the malevolent, unchecked aggression you'd get from say, the Gold Saucer OC44 edition. Just an instantly familiar midrange timbre without all the high end trash.

This unit came to me with a faulty Q2, it had either become too leaky or was otherwise unreliable, the previous owner having swapped all three transistors but sending along the originals in a baggie. I determined only one transistor was faulty, so I replaced the originals save that one. The original AC151V is included.

There is a small chip in the paint on the top edge, pictured, and some light scratches around the baseplate mounting screws. This is serial #003 of 100 made in 2015.